Writing IN SPITE of the US Postal Service 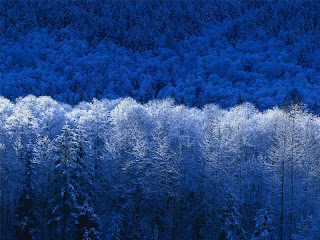 Well, good grief. It's late November already. Thanksgiving is over, and it's time to drag the Christmas decorations out. How did this happen, when only yesterday, it seems, I was making potato salad for our big July 4th shindig?

Example: This one was 'big news' in Baltimore a few years ago.... A substitute mail carrier dumped every bag, sack, and package in a Columbia park, where she sat munching Fritos and sipping Coke instead of delivering the mail. Rumor had it she opened every envelope that resembled a greeting card, and kept the cash and gift certificates. And what didn't blow away was ruined by the driving rain. When caught, she received some sissified wrist-slap as a punishment. My idea of 'reap what you sow'? "No more mail delivery for you, m'dear, ever!"

The settlers of the Old West received better service from Pony Express riders, who had to contend with robbers, wild animals, and angry Indians! Whatever happened to the duty-bound postmen of our childhood, who lived by their "Neither rain, nor sleet, nor gloom of night will keep me from my appointed rounds" motto?

Everybody I talk to, here in Maryland and across the country, has experienced numerous problems with the US Postal

We stop leaving Christmas gifts for our letter carriers, that's what. We quit standing in those long lines, waiting our turn to be treated with disrespect and impatience by the so-called professionals behind the counter. We pay a dollar or two more, and send all our packages through UPS, FedEx, Parcel Plus, MailBoxes, Etc. We tell our publishers to direct-deposit advance and royalties checks into our savings accounts. And when the US Postal Service ceases to exist because other companies are doing their job--and doing it better--we'll applaud!

So next time you're wondering why you haven't received a paycheck, or an envelope full of reader mail, don't blame your publisher's bookkeeping department. Don't blame your agent. Blame the high muckety-mucks who run the US Postal "Service". And don't be shy when listing your grievances with them, because at nearly half a buck for each stamp we stick to the upper right corner of every envelope, we have a right to experience the SERVICE promised by the post office.